In 2014, Hooli employee Richard Hendricks created Pied Piper and presented it to two Hooli employees, who were originally dismissive towards Hendricks' site which had been pitched as the "Google of music", but were impressed by the level of compression done by the site. News of the compression done by the site reached to Gavin Belson, who contacted Hendricks to offer him $10 million for the algorithm, but lost to Peter Gregory's bid of $200,000 for 5% of Pied Piper, making the company worth $10,000,000 ("Minimum Viable Product").

Executive Jared Dunn left the company that same day to join Pied Piper, impressed by Hendricks' algorithm and his refusal of Belson's offer. In retaliation of Dunn's resignation, Belson promoted Nelson Bighetti as part of the Nucleus project, which Bighetti informed Hendricks would be a competitor to Pied Piper ("The Cap Table").

Bighetti's position on the Nucleus project was short lived, however, as he was "unassigned" due to his lack of cooperation on the project. While Bighetti was not fired, he currently didn't have a project to be assigned to, so he lived on the roof of the building with various other unassigned employees ("Fiduciary Duties").

Bighetti was also called in by Belson to explain why Pied Piper had joined TechCrunch Disrupt considering it was already funded, but to no avail. Belson informs Gregory that he would be unveiling Nucleus at Disrupt in order to compete with Pied Piper ("Signaling Risk"). At Disrupt, Nucleus is officially unveiled to the public and is revealed to have a Weissman Score of 2.89, equal to Pied Piper, but ended up losing due to a complete code rewrite done by Hendricks ("Optimal Tip-to-Tip Efficiency").

In 2015, during the funeral of Peter Gregory it was revealed that Hooli will be suing Pied Piper for theft ("Sand Hill Shuffle").

Belson approached Hendricks at dinner, and offered a buyout of Pied Piper for $10 million ("Runaway Devaluation"). While Hendricks agreed, the buyout never came to a conclusion due to Hendricks being approached by Russ Hanneman ("Bad Money").

As evidence for the lawsuit, Belson promoted Bighetti to "Co-Head Dreamer" on the Hooli XYZ project along with Davis Bannercheck. Simultaneously, Hooli hired Jared Patakian, an associate of Erlich Bachman ("The Lady"). Bighetti's role was later changed to "Head Dreamer" on the Hooli XYZ project due to Bannercheck's resignation after being ignored by Belson, favoring Bighetti more because of his work at Pied Piper despite Bannercheck's work at Hooli XYZ being greater than Bighetti's. Hooli also threatened to cease business with multiple server hosting providers if they agreed to host Pied Piper ("Server Space").

Hooli made a deal with the UFC to be the exclusive streaming partner of all future fights. Since the project was not completed, the live stream goes horribly wrong, resulting in low-quality video, frequent glitches, and even the stream freezing at one of the most momentous occasions in UFC history ("Homicide"). Because of the failure, Belson went back to the Hooli board and said that Nucleus has a "secret function", which the Hooli XYZ team must build as a "moonshot" ("Adult Content"). Knowing the future of the Nucleus project is bleak, Belson suggested that the project be shrouded in mystery until CES, but reassuring the board everything was fine. Bannercheck returned to Hooli after a brief encounter with Belson telling him he could be the head of the Nucleus project, but resigned after looking at the mobile beta of Nucleus ("White Hat/Black Hat").

At this point, many of the engineers working on Nucleus were well aware of the project's impossible task and harassed Bighetti, leaving behind a Hooli Nucleus phone. Hendricks used the phone to "blackmail" Belson, which resulted in the trial becoming binding arbitration. Hooli sent boxes of documents to the Hacker Hostel in order to slow Pied Piper down. The court begins, and Hooli lawyers praise Bighetti and figure out that Hendricks' laptop was his girlfriend. Hendricks reluctantly accepts that he used a Hooli laptop to write one line of code on Pied Piper ("Binding Arbitration"). Hooli inspected the Hostel, and while Hendricks believed Hooli won, the employment contracts used by Hooli were unlawful according to the California Supreme Court. Therefore, Hendricks never had a proper employment record with Hooli, making the resignation of Dunn proper and the seizure of Pied Piper's IP unlawful ("Two Days of the Condor").

In 2016, Belson admits fault for the Nucleus project, terminating it and all of its employees immediately. Since half of all Hooli contracts have an illegal permanently binding clause, all employees are free to leave. A termination contract is offered to Bighetti, agreeing not to talk about any Hooli work done nor to disparage Belson or Hooli in any public or private way for $20 million, which Bighetti takes ("Founder Friendly").

As part of Belson's new public image, he asks the Nucleus team to scrub all negative press about him or be immediately fired without a severance package. A Hooli brogrammer figures out the other half of Hendricks' algorithm, and takes it to Endframe ("Two in the Box"). Belson later realized shuttering Nucleus only allows his opponents to move in, so Belson purchases Endframe for $250 million, doubling down on Nucleus ("Maleant Data Systems Solutions").

Word about Belson's scrubbing of the Internet was later revealed by C.J. Cantwell, resulting in a protest outside Hooli's offices. Belson threatened to sue unless Cantwell revealed her sources, resulting in Cantwell contacting Bighetti (who initially brought the story to Cantwell), who realizes he might lose his settlement money for breaking his non-disclose agreement. ("Bachmanity Insanity").

Belson spies on his employee's emails to learn that Pied Piper has released a closed beta. Enlisting his head of security to obtain the beta, he obtains a key via social engineering. After showing the website off, Belson demands that a total rewrite of the code in order to accommodate a machine-learning feature that makes the software better with more compressed files. Bertram Gilfoyle, after learning that someone at Hooli obtained a key, zip-bombed Belson's phone and laptop. Belson panics and yells for the power to be shut off to the building, fearing that the zip-bomb may be greater. EndFrame's key engineers quit after being forced to rewrite the code, creating even more problems for the EndFrame team ("To Build a Better Beta").

After the situation, Belson confronted the board with an animal metaphor, this time the tortoise and the hare, representing EndFrame and Pied Piper respectively. This resulted in Belson being demoted, and the Pied Piper app being approved in the Hooli app store. ("Bachman's Earnings Over-Ride"). However, Belson realizes an opportunity to grow after learning from his head of security that a recently fired Pied Piper employee had come to Hooli, revealing that the app had low daily active user numbers. The board reluctantly gives Belson another chance, but joined by Jack Barker, head of Endframe, who are now developing The Box. Belson's status as CEO is restored after closing the deal with Maleant Data Systems, showing off an elephant as an animal metaphor for "never forgetting" ("Daily Active Users").

Belson later fires Patrice after a disagreement regarding the animal metaphors, and after turning in her Hooli ID, she turns to Cantwell to leak the story of the recently diseased elephant and its dumping into the San Francisco Bay. In order to prevent the story from leaking, Belson buys Cantwell's blog, Code/Rag, from Bachmanity for $2 million. Similarly, Belson offered $1 million for Pied Piper, but was outbid by Bachmanity for $1 million and $1.

In 2017, irked by Barker's detour of the company jet for his own personal gain, Belson "promotes" Barker to the data center underground, who later embraces it ("Success Failure").

After learning of Barker's use of PiperChat, Pied Piper's new video chat app, Belson sets out to acquire the company by threatening lawsuits to its new CEO, Dinesh Chugtai, eventually acquiring the company ("Terms of Service"). However, its acquisition served to be the straw that broke the camel's back, as Belson was fired and replaced by Barker, who finds out a way to avoid the COPPA fines. As Hendricks is hoping to set out to create a decentralized Internet, he discovers it was patented by Belson while he was creating Hooli ("Intellectual Property").

Belson learns of Hendricks' endeavors, and agrees to build it along with a team of coders to take revenge on Hooli. Chugtai and Gilfoyle later join in, but Chugtai leaves in order to scrub pictures of penises from the Internet ("Teambuilding Exercise").

Keenan Feldspar sells his middle-out compression company to Hooli, and Barker accepts fearing nothing to show at Hooli-Con with Box 2 facing setbacks ("The Keenan Vortex"). At Hooli-Con, Belson's decentralized Internet app is disguised as a free Wi-Fi app needing 123,000 new users. Routers are placed throughout the event, and Hooli's head of security gets suspicious, informing Barker. Barker then criticizes him for distracting him. A response team is sent after a screensaver is changed, and the routers were discovered and the Pied Piper team were caught. However, the team were let go after realizing Richard once helped Belson foil Barker's plans at Hooli. At the conference, Feldspar and Barker unveiled HooliVR, which causes multiple phones to explode in the auditorium ("Hooli-Con (episode)").

After the event, Barker refused to release a firmware update, and instead demanded to replace 9 million phones in 3 days. Intending to triple production in China, his motivational speech backfires and results in him being captured by factory workers. Belson leaves Tibet and heads for China in order to get the company back ("Server Error").

Belson, now realizing that Jian-Yang has created a version of Pied Piper in China, urges Yao to sell his code while attempting to start production on Box 3 in China. Yao agrees, but double-crosses Hooli by keeping the code and breaking the contract ("Artificial Emotional Intelligence"). This forces Hooli to move production of the Box 3 to Goldbriar, North Carolina, resulting in the factory burning down and valuable materials being looted due to the essential services of the city being cut in order to accommodate for the production of the Box 3 ("Initial Coin Offering"). Belson, furious at Yao, offers Hendricks Box 3 prototypes in order to simulate users on PiperNet faster than Yao (who are pumping out users in order to gain a majority). However, Belson completes the attack for 20% of YaoNet. Yao stands down and Belson owns a majority of PiperNet until Gilfoyle and Chugtai find Colin. Gilfoyle, with a majority of the users, kicks both Hooli and Yao out of PiperNet.

In 2019, Hooli was offered a merger with Amazon, and Belson is given 3 months by his board members to recoup their investments. Using information from Hendricks, he attempts to buy Gwart's app. However, he is foiled by Hendricks, who buys out Hooli ("Hooli Smokes!"). Belson leaves Hooli to create a romance novel ("Maximizing Alphaness"), but launches an investigation for his behavior at a Tethics meeting in order to prevent Hooli assets from being part of Pied Piper ("Tethics (episode)"). Hooli, along with Pied Piper, would eventually be shut down upon launch of PiperNet ("Exit Event").

The Faces of Hooli 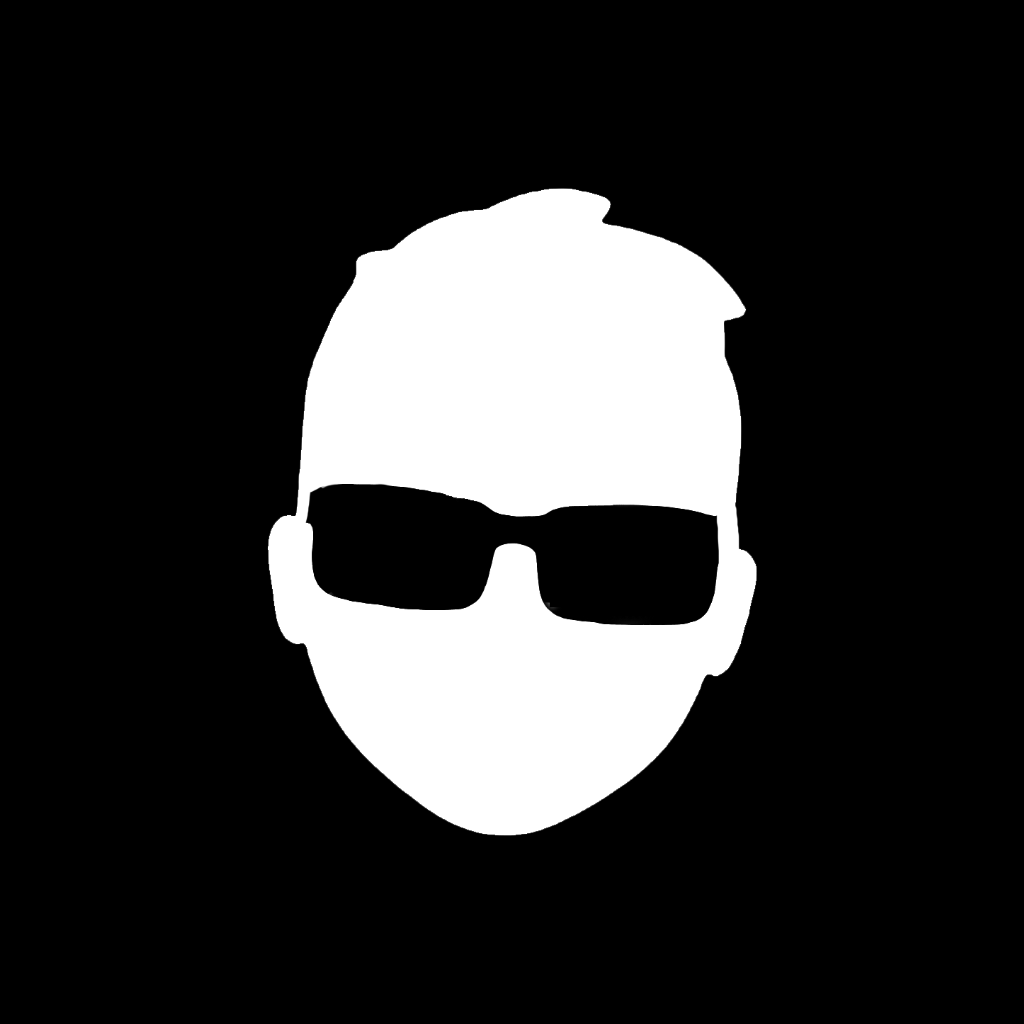